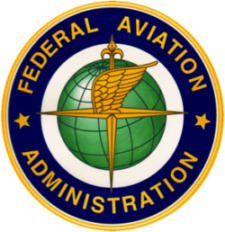 I have had the benefit of flying aircraft equipped with AOA indicators, but not in the GA environment. All of my experience with AOA indicators has come from 20 years of flying in the military. Knowing what your actual AOA is, at all times, helps you to understand the maneuvering capabilities of your aircraft.

When training new pilots, instructors talk a lot about “setting the picture” for takeoff, cruise, etc. Instructors are teaching students how to set a pitch attitude that is a good place to start for beginning a given maneuver – a picture that works most of the time. Unintentionally, students tend to rely on this “picture” all of the time instead of learning to “listen” to what the aircraft is telling them.  Each aircraft provides indications, through buffeting or similar indications, when it is approaching it’s AOA limit. While this picture works in most cases, it fails to tell the whole story about the performance capabilities of the aircraft’s wings, which can sometimes lead to surprising outcomes. AOA indicators help pilots know when the aircraft’s wings are getting close to the critical angle of attack and an impending stall. Having knowledge of the aircraft’s AOA helps pilot’s obtain the most performance from the aircraft during maneuvering flight.

I wrote about the Icon aircraft in another blog, but I would like to reference this aircraft again in light of this recent news release from the FAA. The only factory installation of an AOA indicator in an aircraft, that I am aware of, is in the Icon, a light-sport aircraft. In fact, the AOA indicator takes center stage on the instrument panel. And unless anything has recently changed, the attitude indicator is no where to be found – the AOA indicator gives the pilot all the information he or she actually needs regarding aircraft performance. Of course, since this is a light sport aircraft, instrument flight is not allowed. I think the best of both worlds would be to have an AOA indicator, as well as an attitude indicator. That way an initial attitude (picture) could be set, then desired performance confirmed with the AOA indicator. This concept works for all phases and conditions of flight. I know because I’ve done it for years.

When you look at AOPA’s Joseph T. Nall Report accident statistics, you see that maneuvering flight is one of the most lethal types of accidents. These accidents include pilots who are asking the airplane to do something is wasn’t designed to do or is unable to do, as well as pilots who are attempting to do something they are not capable of doing. Generally, the pilot is unaware of the danger he or she is in until it’s too late.